In the heart of Denver sits the Central Park Neighborhood, a community of nearly 30,000 people and more than 100 businesses. In 1995 the opening of Denver International Airport meant the closing of Stapleton International Airport, here Denver had the unique opportunity to transform 7.5 square miles of runways, concourses, and terminals into a beautiful new community. It would be the largest urban in-fill redevelopment in the country and, to this day, one of the largest in-fill projects ever. Over the last two decades, Central Park has become synonymous with an urban community that boasts award-winning parks, pools, schools, and a diverse array of people and lifestyles.

In the 1920s Denver's leaders wanted to consolidate the growing aviation industry around a single airport, recognizing the tremendous potential of the airplane. Then-Mayor Benjamin Stapleton selected the Sand Creek site, or Rattlesnake Hollow, as the site of this new airport. The airport, named Denver Municipal Airport (DMA), opened on October 17, 1929. Only three airlines had offices in the two-story administration building: Mid-Continent Express, which had just begun passenger service between Denver and El Paso; Western Air Express; and US Airways. Since there were so few passenger flights in 1929, the new facility functioned more like a glorified post office—the primary purpose of all three companies was flying the mail.

By the end of 1930 DMA was already turning a profit, with thirty takeoffs and landings registered every day and three new companies signing on to provide service: Carlos Reavis Service, Eddie Brooks Service, and Western Flying Service. In January 1931 city and airport officials constructed a new hangar, initiating a fifty-year run of continuous growth. In 1937 both United and Continental Airlines began offering service to and from DMA. 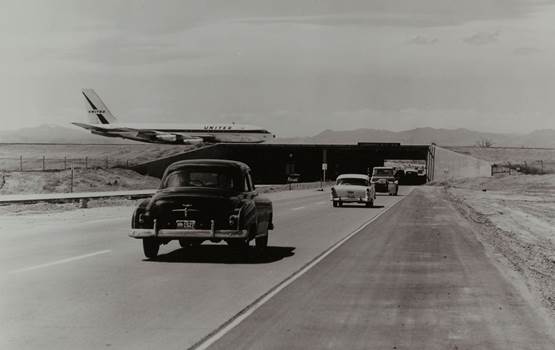 DMA was renamed Stapleton Airfield on August 25, 1944. The facility had kept up with all of the technological advances in aviation and was prepared for the future. Among these advances was a new control tower, added in 1941. The octagonal, six-story tower still stood atop the old administration building, but that same year, all of the runways were equipped with modern lighting; also, the Civil Aeronautics Authority (CAA) announced it would be expanding its offices at the airport by installing a new teletype communication system.

By 1945 the airport had experienced phenomenal growth. Its original 640 acres had grown to 1,435, and there were forty to fifty commercial flights a day, up from eight per day in 1929. Stapleton Airfield employed 1,200 people, boasted four runways, two flying schools, and four major airlines. In 1950 nearly 2,000 people passed through the airport each day, and by 1955 the annual figure had reached 1 million passengers. The increased traffic required extensive growth, and the airport was under construction throughout the 1950s. 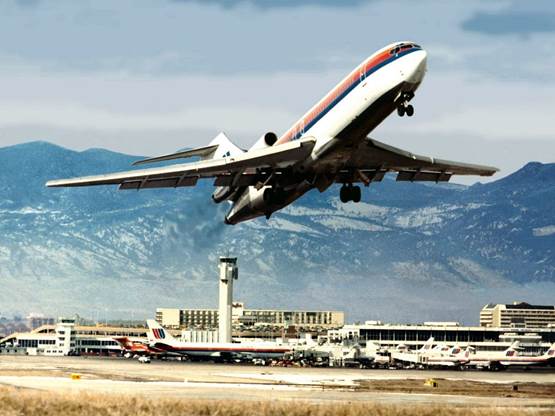 The first jet flight out of Denver took off on May 6, 1959—a Continental Boeing 707. The jet was intentionally underloaded with just ninety-three passengers because the runways could not support jet-engine aircraft. In 1960 the airport ranked fifth in total aircraft operations and served more than 1.5 million passengers annually. Only one year later, it jumped to third place and counted more than 2 million people through its gates. Consequently, the decade saw more expansion, including a new fourteen-story control tower, two new concourses, and new sections for the terminal that doubled its size and gave it the distinctive horseshoe shape. In 1964 the airport was renamed Stapleton International Airport, reflecting its steady growth. 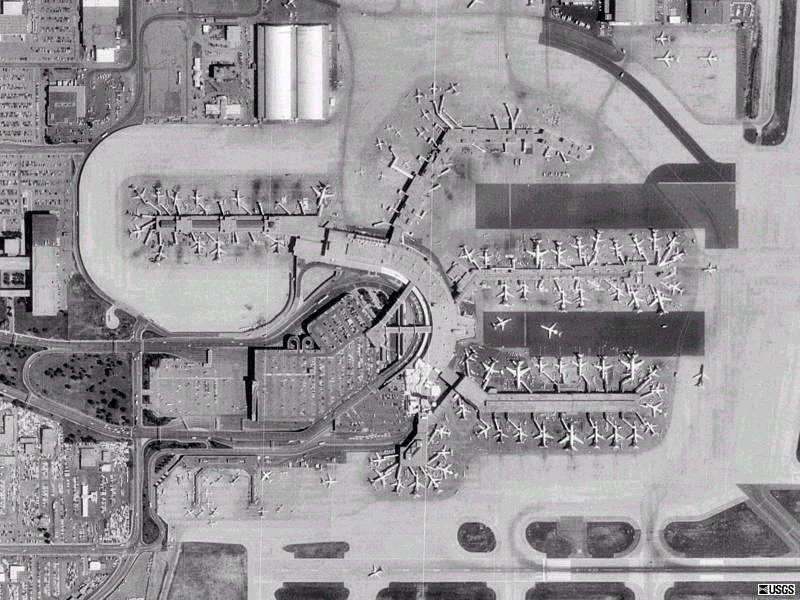 The increasing popularity and rapid growth turned out to be its undoing. Unable to keep up with the ever-increasing demand for international air traffic, the size of jet aircraft, or the land necessary to support continuous expansion, Stapleton International Airport halted flight service on February 28, 1995, and ceded all commercial airliner traffic to the newly constructed Denver International Airport.

After 65 years of aviation activity, Stapleton International Airport began a transformation that spans the next 30 years. The City and County of Denver drafted a development plan that laid out a physical, social, environmental, economic, and regulatory framework to guide this transformation. What emerged over time was a network of urban villages, employment centers, and significant open spaces, all linked by a commitment to the protection of natural resources and the development of human resources. Planning for the future of the old airport began with the Stapleton Tomorrow process, culminating with the Stapleton Tomorrow Plan (the Green Book), which City Council approved in 1991. This plan was the product of a partnership between the City and County of Denver, the Foundation for Sustainable Urban Communities (previously the Stapleton Redevelopment Foundation), a Citizens' Advisory Board appointed by Mayor Wellington Webb, and a highly-skilled technical consulting team. Throughout the process, more than 100 community presentations and meetings were held to ensure community-wide participation and input.

Construction broke ground in 2001 to build Central Park, Denver's largest neighborhood. A true urban oasis the estimated 30,000 residents are at the heart of this success, helping create the spirit, personality, and quality of life that are palpable just by walking down the street.  It stands as a model for urban redevelopment worldwide. Buzzing with bike races, farmers markets, and concerts in the park, now thrives at a grassroots level thanks to residents and business owners each adding their own touch. From day one, Central Park was envisioned as a place where people will spend more time outside. Walking or riding instead of driving. Getting to know each other. Taking advantage of Colorado’s climate. 1,400 + acres of open space are home to more than 50 community parks, the neighborhood is split down the middle by the Sand Creek Regional Greenway, a wilderness in the city. Central Park has become a place that’s far better than anyone could have planned. A truly great place to live, work and play. 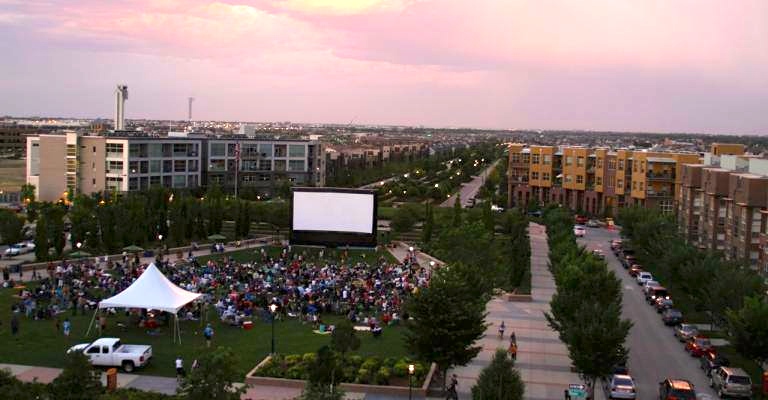